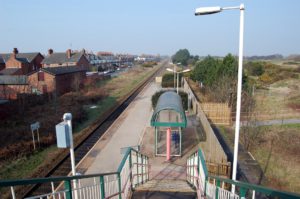 Ansdell has the distinction of being the only place in England to be named after an artist. Richard Ansdell RA, a renowned artist, who painted a large number of oils depicting hunting scenes.

Fairhaven is named after Thomas Fair, an early resident of Lytham St Annes. Its main claim to fame is an artificial lake, known as Fairhaven Lake or more formally as the Ashton Marine Park. Its other famous landmark is the Fairhaven United Reformed Church, which is of unusual design, being built in Byzantine style and faced with glazed white tiles, and commonly known as the White Church.