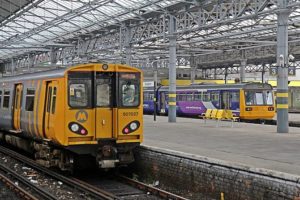 Southport is a large and attractive seaside town. It lies on the Irish Sea coast and is fringed to the north by the Ribble Estuary. The town became extremely popular in the 19th century as a leisure destination, due to easy access from the Leeds and Liverpool Canal. Attractions include Southport Pier with its Southport Pier Tramway, the second longest seaside pleasure pier in the British Isles, and Lord Street; an elegant shopping destination that was once the home of Napoleon III of France. The Ainsdale sand dunes to the south of the town have been designated as a national nature reserve.