From Seats to Sacks 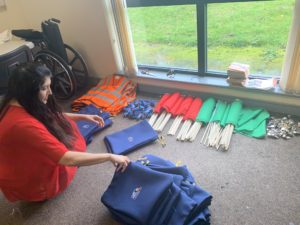 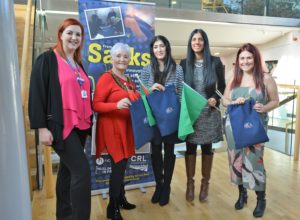 At Kala Sangam in Bradford, on 31st October, an innovative project was launched.   Striving to reduce social isolation, From Seats to Sacks has turned railway moquette into story sacks for primary schools. 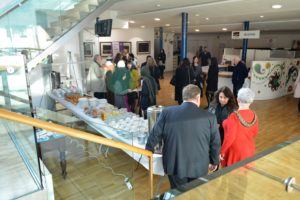 The idea was created by Community Rail Lancashire’s Education Development Officer Karen Bennett, who used to teach in Bradford. She knew all too well the poor literacy rates affecting the area. Last year, one in three children in the Bradford region left primary school unable to read well. In some parts of the district nearly half of adults (47.2%) have literacy skills lower than those expected of an 11-year-old.

After seeing Network Rail’s Staying Safe with Thomas book, she thought they could go into story sacks with artefacts as a great way to connect primary schools to the railway whilst helping to improve reading skills in the region.

A story sack is a large cloth bag containing a quality children’s picture book with supporting materials to stimulate reading activities. To bring the book to life, soft toys of the main characters, artefacts relating to items in the story, a non-fiction element relating to the fiction theme and perhaps a game based on the book are included. A guide and prompt suggest ways of developing listening, reading and writing skills using the contents of the story sack. They enable parents to contribute in a major way to their children’s literacy and provide a valuable resource to teachers. Many primary schools have a library of story sacks which they loan to families to engage with at home. 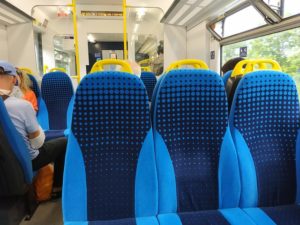 With the kind support from Jenny Dempsey, Fleet refurbishment manager at Northern, Karen managed to obtain a roll of moquette from Diamond Seating to turn into 50 sacks.

Keen to engage a vulnerable group with the railway, Karen looked for people who would benefit from making the sacks. The Muslim Women in Prison project supports those who are now living back in their communities, but are often ostracised, vulnerable and with low self-esteem often resulting in anxiety and self-isolation. 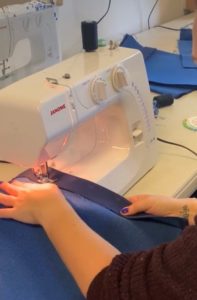 With expert sewing guidance from Shazia Awan, a learning support assistant, the group worked tirelessly on Saturday mornings to make the sacks and fill them with the artefacts; flags, whistles, books, toy trains and a Hi-Viz jacket. 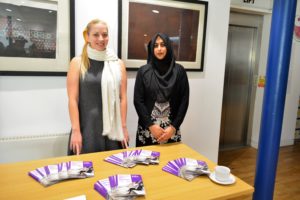 For the women, making the sacks went beyond learning new sewing skills. Friendships were formed and confidence grew, especially on the trips on the railway. One mother who took her children out with the group said it was the first time she had left the house with her family for seven years. Sofia Buncy, National Co-Ordinator for the Muslim Women in Prison project commented that “this project has been about pushing women who are very often invisible ‘on the radar’. It was about upskilling them to navigate themselves and their children into public life and do that confidently and with a sense of self-worth” 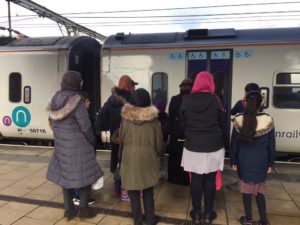 The fifty sacks were handed out to other community rail partnerships and station friends’ groups during the launch to support engagement between schools and the railway. 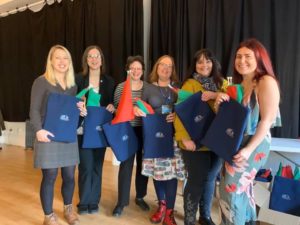 Lord Mayor of Bradford, Cllr Doreen Lee, who was in attendance, praised the idea and encouraged everyone involved to continue to share their success.