Community Rail Lancashire was delighted to collaborate with the art club of Carlton Junior and Infant School, Can Do Art and Transpennine Express on a beautiful mural to display at the Grade II listed station. 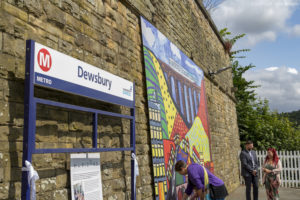 Pupils from Years 3-6 who are part of the school’s art club wanted to create a piece that would encourage visitors to come and visit their wonderful town.

After a visit to the station to discuss ideas, the pupils and Candida got to work on the design. It was decided something inspired by local artist David Hockey would look great and needed to include all the iconic buildings; old and new in the town. These include the town hall, mosque, church, viaduct, a mill, housing, greenery and of course a train. 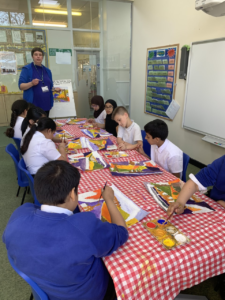 Each of the pupils in the art group designed what they thought the mural should look like and the artist came up with a design they could all work on together. One child suggested ‘putting Dewsbury on the map’ and therefore wanted to create a globe with an arrow coming from the running in board. Once the artwork was completed, it was turned into a digital image so it could be enlarged to display at the station. 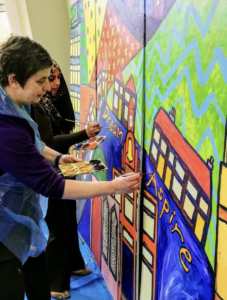 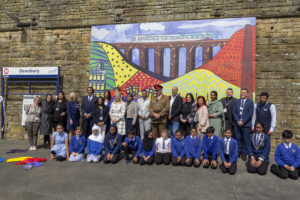 Dream Aspire Achieve is the school motto and headteacher Rizwana Mahmood says, “The Horizons Project, In partnership with Community Rail Lancashire has further brought this to life. The children have gained a deeper understanding of life, travel and aspirations. Moving from one place to another for betterment and the role of rail transport in enabling this”

This project was part funded by ACoRP and the DfT through the Community Rail Development Fund. 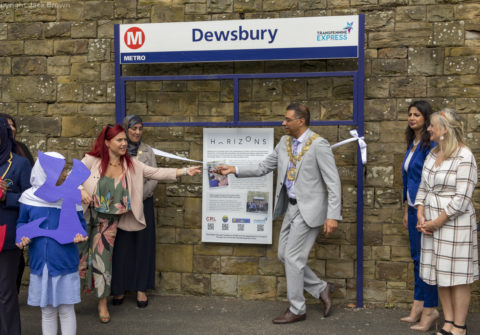 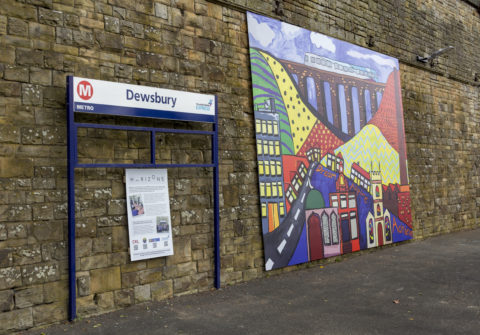 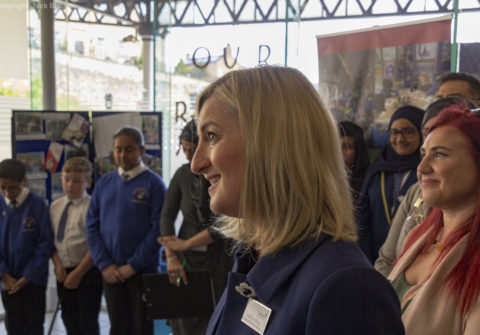 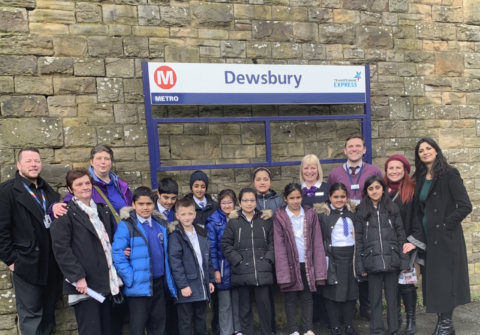