From Chester to Liverpool, Manchester to Blackpool, we have been uncovering LGBT+ history for Ticket to Pride. 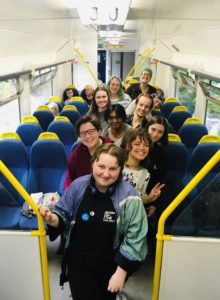 It is vital that all young people from diverse groups and backgrounds feel included in rail; both to shape current and future projects and policy, and to become future rail and community rail employees. 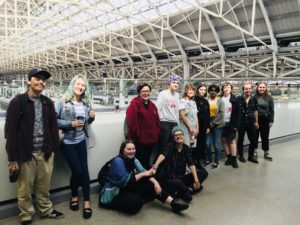 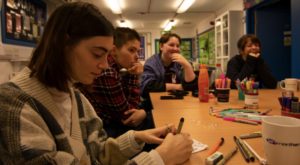 Our project works with the British Transport Police, major train operators in the North West including Northern, as well as Network Rail, LGBT+ young people in Manchester, Liverpool and Chester and Chester, Liverpool and Manchester Pride to address LGBT + hate crime and hate incidents, and enable LGBT+ people to feel safe and be visible in public space and public transport and give everyone permission and confidence to report anti-LGBT hate crime. 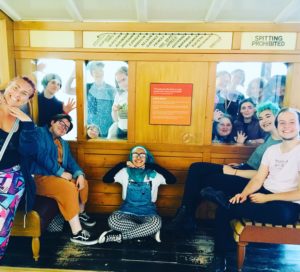 1. Produce a poster campaign for trains, with LGBT+ young people, British Transport Police and with rail operators about hate crime, to encourage people to not be bystanders if they witness hate crime/incidents against LGBT+, and to report it to the existing to BTP text line number on 61016, or through 999. 6 designs will be produced for this campaign. 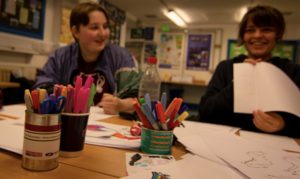 2. We will work with the BTP to assess the potential for officers/staff to wear an easily recognised badge/symbol which will increase confidence in report anti-LGBT+ hate crime. 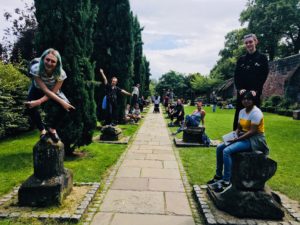 4. A School toolkit (physical with downloadable links) will be created with resources and lesson plans for use in schools KS1/2/3/4 level linked to PSHE/Citizenship/British Values that any teacher can deliver – plus details of the rail art trail to use and the options for contacting the local train operator for ticketing details. Distributed to 250 schools, with further in the future where possible, and online links available for an unlimited number of schools across the Northern network and beyond.

5. We will assess with Northern the potential to devise a Ticket to Pride, whereby the public can buy one simple ticket or set of tickets to attend Manchester, Liverpool and Chester Pride in 2020. This will aim to enable more LGBT+ people and others to use the public rail systems and raise visibility further giving people safe permission to be in public space. 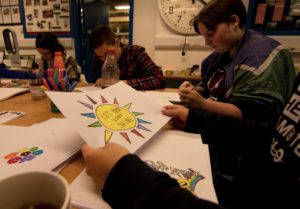 6. Using creative and motivating interventions we will work with LGBT+ young people across the three cities to produce a public art installation in a major northern train station, including Manchester Victoria, that will raise the positive visibility of LGBT+ people in the North West, and promote community cohesion, essentially usualising LGBT+ lives in public space. We will produce an accompanying art trail across the North West rail network, to be used as a tourist initiative for use by families to supporting the usualising of LGBT+ lives. 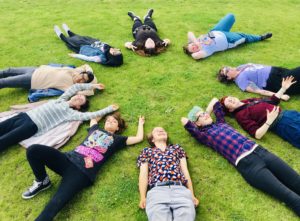 Working with Claire Mooney, we created a Ticket to Pride song, which you can view here – 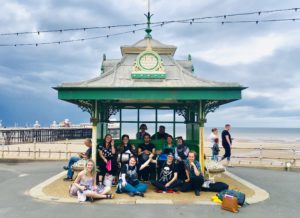 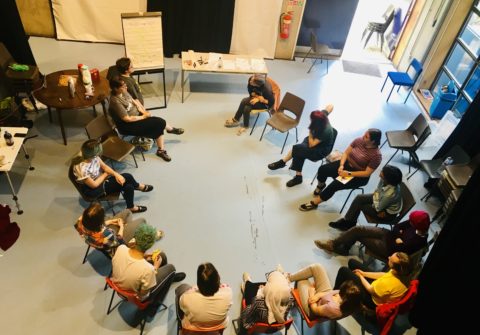 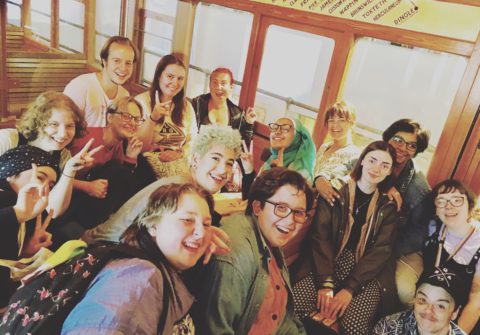 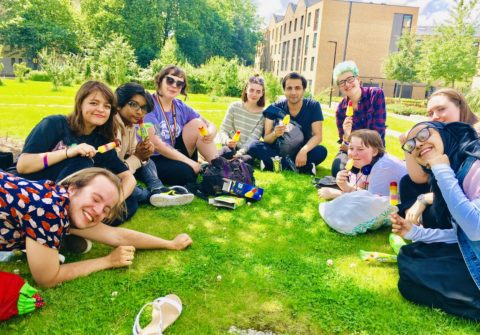 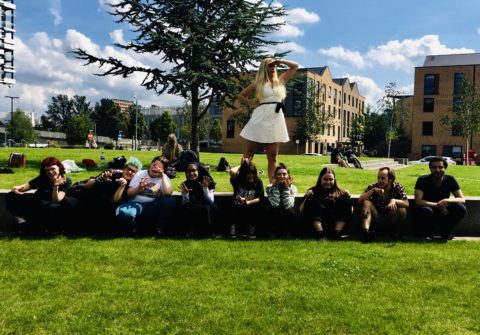 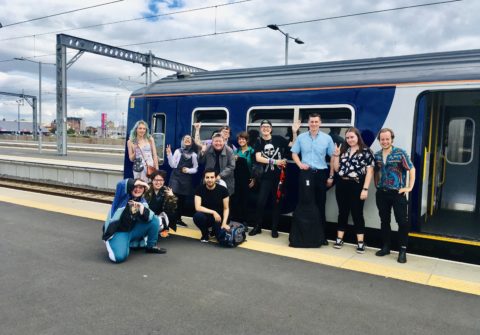 Stand Clear of the Closet Doors!